Reasons: Trump May Be the Better Technology President

Years ago, I worked as one of Rev. Robert Schuller’s body guards (it was something to do on Sundays, I wasn’t particularly religious) and one of his sayings was “when given lemons, make lemonade.”

Personally, I wasn’t excited about either presidential candidate, but I actually think Trump could be a better technology candidate than Clinton would have been. That is because she just didn’t seem to fundamentally get why a personal email server was a huge security breach, nor how classifications actually work. That was during a time when the nation was under a massive cyber threat — and still is.

After the election, I looked into which candidate best used technology and which one seemed to have a better grasp of what is needed. You might ask why I waited until after the election, and that is because my best example didn’t exist until 10 days ago and wasn’t disclosed until last week.

I’ll close with my product of the week: the BlackBerry DTEK 60, which is the best secure phone currently in the market. It blends an Android user experience with what is arguably the best security solution in the general market.

The Role of Analytics

Ironically, in both the first and second Obama elections, the president trounced his Republican rivals largely by using a very experienced and very effective analytics team. Sadly, that competence didn’t transition with him into office. However, his team set the standard during the elections.

That was particularly fascinating to watch during the second election, against Romney, because you’d think, given that analytics is a business tool, Romney would have been better with it. While Obama deployed a small experienced team, Romney used two companies that cost far more and didn’t have election experience. Thus Romney entered the final days of his failed campaign thinking he was going to win — just like Clinton did.

During the final 10 days of the campaign, Trump pivoted his analytics effort to better target his limited resources, unlike Clinton who had a much larger budget.

Until last week, the use of analytics was one of the big annoyances for me in this campaign. Both sides seemed to know that the polling data was worthless, and Clinton surely had access to Obama’s campaign resources. Trump supposedly ran casinos, which live or die largely on analytics. Yet neither seemed to be able to spell “analytics.” In the end Trump fixed his problem, and that likely bodes well for his term.

Now I can certainly argue that part of the reason Trump fixed it is because he didn’t like the results he was seeing, and the reason Clinton didn’t is that she did. Regardless of the reason, Trump did pivot to ensure the quality of the information he was given and he has shown a tendency to reuse things that work for him. I’ll hope that isn’t just a fluke.

Given that the foolish war in Iraq was largely the result of bad, biased, and corrupted intelligence, any move to assure the accuracy of data is a critical one.

I missed this completely until I got a report from the ITIF on Trump’s technology positions. I was clearly unimpressed with Clinton, thanks not only to her use of a private email server, but also her seeming inability to grasp how big a problem a mistake like that was. Trump seemed just to want to use that event to advantage, though, and also didn’t seem to grasp the true gravity of it, nor be very articulate on cybersecurity. It appeared both candidates were clueless.

Apparently, I missed a meeting. While Trump has few positions, he actually has a strong one on cybersecurity. He has argued that the U.S. has obsolete cybersecurity capabilities and is falling behind other countries, according to the ITIF, and both of those observations are correct. He has argued that cyber has to be part of our thought processes.

He also has promised to enforce stronger protections against Chinese hackers and that U.S. responses will be swift, robust and unequivocal. While I’d personally like to omit the Chinese part of this — a response strategy should apply to anyone, not just China — but it is a solid step in the right direction.

Trump doesn’t have a lot of positions, which suggests the ones he does have will get the greatest focus. The fact that he calls out cybersecurity so prominently is a good sign.

Peter Thiel largely stood alone in the tech industry in his support of Donald Trump during the campaign. He clearly has his detractors, but from a standpoint of understanding the market, there are actually few better.

Thanks to his unwavering support, he’ll have Trump’s ear better than any identified resource that Clinton had.

Mark Cuban was in Clinton’s camp but, unlike Thiel who spoke on technology, Cuban was positioned mostly as a billionaire who didn’t like Trump. Both by nature of the topic and how he was used (and frankly, Cuban is a bit of a gadfly) Thiel should have a bigger positive impact on Trump’s use of technology than any identified person in the Clinton camp.

That is strange, given that Silicon Valley supported Clinton almost unanimously. However, particularly in tech, quality always trumps quantity, and there seemed to be no technical depth on Clinton’s side, which suggests that like Obama, she would have disappointed in this regard.

The U.S. currently leads the technology market, and it has been painful to watch the last two presidents largely ignore both promoting it and using it effectively. South Korea, Singapore and even China are using technology more effectively than the U.S. is, making those countries far more competitive.

This is the part of Trump’s “winning” message that both annoys and excites me. We have the tools to make the country a more efficient, safer, and far better place to live and work, but our leaders often don’t even seem to understand the basics of those tools, and seem far more focused on sticking it to their rival party than sticking it to a rival nation.

There is at least a chance that Trump will take a different approach, because he isn’t a politician. At this point, I’ll take that chance to form a foundation for hope — and given that we don’t really have a choice, use that as the foundation of my support for the new president.

This is another thing I don’t get. With all of the security risks we have coming from criminals and countries, both domestic and international security should be a higher priority for all of us. Last time I looked at the cost of identity theft, the estimate was a whopping $250K and nine man-months of work. That’s months, and only an average, yet we mostly take security as more of an annoyance than a requirement.

We’ve largely had to trade off fun and attractive against secure for, well, ever. That changed with the DTEK60 which is a surprisingly attractive phone from BlackBerry. Like the LePro3 I reviewed last week, this phone both uses the 820 class of chipset from Qualcomm and the current-generation Android operating system.

This phone trades off the bigger battery of the LePro3 for a more svelte look, which is my only objection, because BlackBerry used to be known for massive battery life. Still, it will run most iPhones into the ground, so the battery life isn’t bad. I’ve gone up to two days in normal use without charging. On spec, it will go 24 hours in mixed use. It has a Quad HD 5.5-inch OLED, which is pretty much the new ideal size right now. 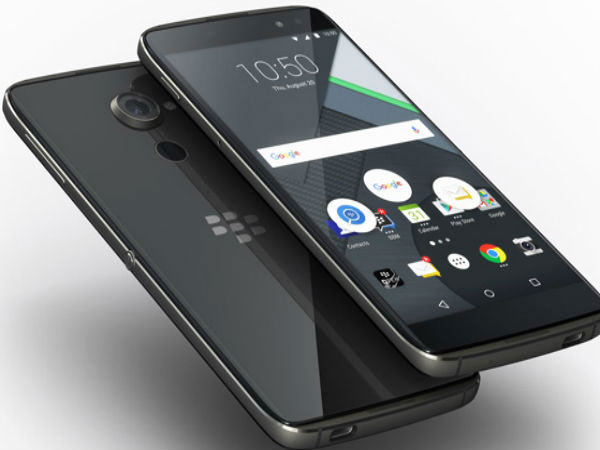 In appearance, this phone has glass both front and rear, and it easily is the best-looking BlackBerry on the market. I’ve been checking the BlackBerry forums, and there are tons of complaints on this phone because it only works with GSM vendors like T-Mobile and AT&T and not Verizon or Sprint (yet). Apparently there is a significant amount of lust for this thing among BlackBerry users.

The DTEK60 has a back-mounted fingerprint reader, which is critical for a secure phone. It has a nice 21-MP back camera and 8-MP front camera, and it uses both a USB-C port and a traditional headphone jack. (I’m surprised how annoyed iPhone users are about losing that jack. I hear that complaint from them almost daily).

As you’d expect, this phone has the full suite of BlackBerry features — from secure boot (preventing against rootkits) and BBM, the company’s secure messaging platform. It works incredibly well with Exchange, and my full set of Android apps loaded fine and worked. It even has a programmable physical button that I’ve set to activate the camera and make me a tad quicker on the picture-taking draw.

This is the second Qualcomm 820 series phone I’ve tested, and if these things are representative of the class, an upgrade was certainly worth it. I’m a long-time BlackBerry user, and this is the best damned BlackBerry I’ve ever used, and one of the best phones I’ve ever tested. However, the big thing is that in a hostile world, this could well keep you safe. I’m a big fan of “safe,” so the BlackBerry DTEK60 is my product of the week.