Nvidia and Baidu recently made an announcement with regard to self-driving cars that deserves closer attention.

China currently is behind the U.S. in automotive technology, but it has passed the U.S. and Japan in automobile production. (I actually thought Japan was still ahead.)

China is producing twice the number of cars the U.S. is producing right now. So, it already has vaulted ahead of the U.S. in cars — and if these things get smart, our next illegal immigration problem could be Chinese autonomous cars trying to find a country that is less polluted!

Granted, we’ve had videos floating around for some time warning that the Italians could do just that.

I’ll share some thoughts on China’s autonomous car ambitions, and close with an impressive home security product, the Cujo, which promises to help keep you secure in an increasingly hostile world.

At the heart of this joint Chinese U.S. effort is the Nvidia Drive PX 2, which is a massively underrated product. I say “massively underrated,” because this is a relatively portable computer that can think and make autonomous decisions faster and better than a human — largely due to an impressive combination of sensors — and it could be used in far more things than cars. A portable brain could have utility in everything from boats and planes to intelligent buildings and even robots.

Having a brain in a box could bring massive change to the entire Internet of Things market; could massively change weapons systems both for offense and defense (making them massively cheaper and more effective); and could make a pretty cool automated babysitter. Calling its potential “amazing” would be an understatement — and for the most part, Nvidia stands alone with this thing, and it fits in a carry-on bag.

China is able to move far faster than any other country at the moment, thanks to a combination of financial resources, comparatively low regulation, and a government that falls over itself to help companies get going.

It really is amazing how different the U.S. and Chinese governments are when it comes to helping businesses. I was chatting with officials at a U.S. firm a year or so ago, and the CEO put it like this: In the U.S., you are surrounded by inspectors who place a huge burden on the firm with regard to compliance and tend to have “no” as their default answer if you want to do something interesting. In China, you are surrounded by government agents who drop in asking you what they can do to help. You’d think it would be the other way around.

I think this is largely how China was able to build a car industry that dwarfs the U.S. and Japan — it’s now bigger than both combined — in such an amazingly short time. China made around 200 thousand cars in 1980. That number jumped to 500 thousand cars in 1990, 2 million in 2000, 18 million in 2010, and a whopping 24 million cars today. That’s more than one-fourth of the world’s car manufacturing output. That’s seriously impressive growth.

Baidu isn’t highly visible in the U.S., but it is effectively the Google of China. What you may have missed is that with the recent announcement, the companies also announced they were clear to test in California.

California’s DMV generally is considered to be the gateway to the rest of the U.S. market. If you can pass there, you can pretty much pass in the rest of the U.S. Now Baidu doesn’t make cars — well, not yet anyway — but it could have an alternative to the Google self-driving car in the works. It is fascinating that while the vast majority of Chinese car sales are in China, Baidu is doing the development for its autonomous car in California.

Apparently Nvidia and Baidu also are joining in an aggressive exploration of artificial intelligence in other areas, and it likely will occur to them to use Nvidia’s impressive portfolio of technology in far more markets going forward.

Up to Our Armpits in Smart Cars

All of this means we will have the combination of the only company that has taken on Google and won — the only company that has a plug-and-play smart car solution — and the country that currently is producing more cars than the U.S. and Japan. Together, they’ll focus like a laser on building as many inexpensive smart cars for the world as possible.

Remember the old Star Trek episode, “The Trouble with Tribbles”? In a few short years, we are going to be up to our armpits in cars that are smarter than we are. They likely won’t be built by Ford or Toyota — they will be from a company most of us haven’t even heard of. Unless the other car companies and the U.S. get off their collective butts, we’ll likely soon be wondering how the heck we all ended up driving Chinese cars.

We are at the front end of a revolution no less powerful than the industrial revolution was centuries ago, but this time it is with stuff that thinks. The Nvidia Drive PX 2 is a key technology, and it clearly has been taken to heart by Baidu, largely to help the Chinese auto industry achieve even greater dominance.

Product of the Week: Cujo

I’ve been using Cujo for several weeks , and it is an impressive little product. It basically is a relatively high-grade firewall, which is updated and managed as a service and installed in your home. It is one of a number of things that has come out of crowdfunding that I’ve found interesting over this last year. 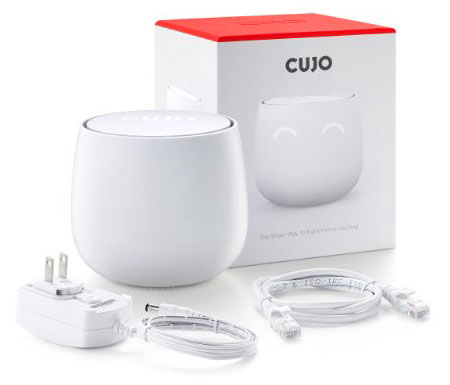 Cujo is small, easy to install, and relatively inexpensive for something that is designed to keep your home safe. In an age of IoT, having something like this keeping people from taking over your technology likely will be even more of a requirement in the future. I expect that at some point, this will be folded into a service that also provides home security and fire protection, but it is separate — and increasingly critical — today.

Basically, you just plug in Cujo between your cable or DSL modem and your home router or switch, and it monitors traffic — blocking or alerting you about anything it sees as unusual. It doesn’t replace antivirus protection, of course, but it provides another layer of security, adding the protection over your personal information and networked gear.

It appears to have little or no impact on network performance, and it does provide piece of mind. It is a true cloud service in that it constantly is updated for threats and then ties in to an app on your phone for alerts. It is kind of cute too.

The initial price is US$99, which includes your first 180 days of service. Because Cujo gives me piece of mind and it is a part of the multilayered security solution for my home, it is my product of the week.

Whatsapp Tricks: Some You Know, Some You Don’t